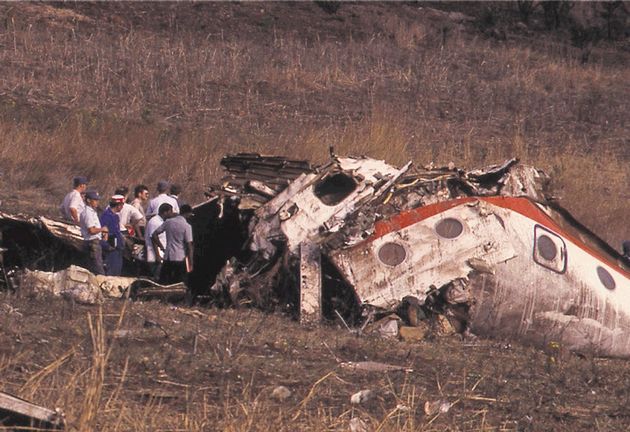 The Mozambican government is still seeking answers over the death of its first democratically elected president‚ Samora Machel‚ on South African soil three decades ago.

Carlos Agostinho Rosario‚ Mozambique’s Prime Minister‚ said They were still looking to the South African government to conclude the investigation into the plane crash that claimed Machel’s life.

Mozambique is still seeking answers over Samora Machel crash. Picture: FILE Widely recognised as a revolutionary and a visionary leader‚ Machel died on 19 October 1986 with 33 compatriots. His presidential plan crashed in the hills of Mbuzini‚ a village in Mpumalanga near the Mozambican border. It was widely believed Machel’s plane was shot down by the then apartheid government of South Africa. Machel was one of leaders of Africa who were collaborating with South Africa’s anti-apartheid movements to collapse the regime. An investigation by the South African government into the crash remains inconclusive.

The 30th anniversary of the incident was commemorated on the 17th November at the Samora Machel Museum in Mbuzini. The ceremony drew hundreds of people from South Africa and Mozambique‚ including five Mozambican men who survived the 1986 crash.

Speaking at the event‚ South African Deputy President Cyril Ramaphosa paid tribute to Machel who‚ “died on his journey to achieve a peaceful‚ stable‚ secure and prosperous region“.

“Thirty years after the tragedy‚ we are bound to ask whether President Samora Machel would be satisfied with the progress we have made in ushering in an era of peace‚ unity and prosperity. We must ask ourselves whether we are equal to the task of creating inclusive societies that share their wealth among their people‚” Ramaphosa said.