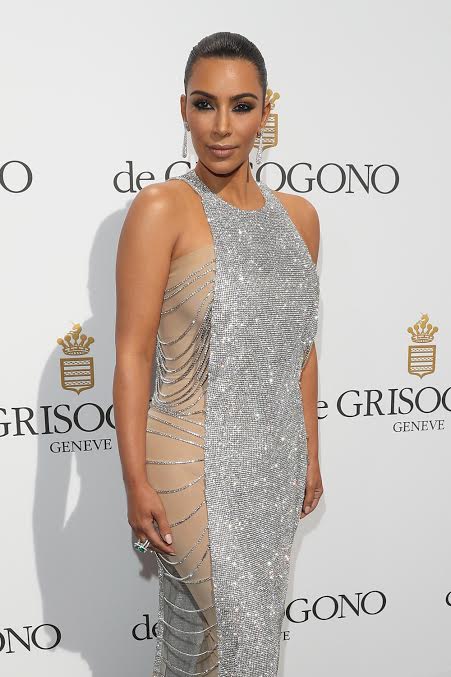 In line with all criminal investigations in France, Kim can be summoned to give evidence as a key witness at any time Kim Kardashian is prepared to return to France if summoned by a judge leading the investigation into the £9 million robbery which saw the reality TV star attacked in Paris, her lawyer said today. The 35-year-old left the country within a few hours of the October 3 heist, and is furious at claims that it was all a publicity set up. Kim insists a gun was put to her head, and that she was gagged and tied up during the horrifying crime, and is suing those who dispute such claims. Jean Veil, the 68-year-old celebrity Paris barrister who is now representing Ms Kardashian’s interests in France, said ‘she is very calm and very determined over a matter that was particularly violent’. Asked by the BFM news channel if Kim would actually come back to France as the investigation progressed, Mr Veil said: "If she is summoned to France, she will come to France, but judges also have the possibility of moving [to the USA]. "My client travels a lot, she will probably have to come to France ... We'll see how it works out." In line with all criminal investigations in France, Kim can be summoned to give evidence as a key witness at any time. The five men thought to have been involved in the attack on Ms Kardashian face charges of "armed robbery by an organised gang, criminal conspiracy and kidnapping". In the meantime, an instructing judge is leading an investigation involving some 100 judicial and criminal brigade officers. Mr Veil said Kim "is waiting for results in the enquiry that will find those who attacked her, who stole her jewellery, while hoping we will find them too." Beyond the loss of her jewels, including a £4.5 million engagement ring from her rapper husband Kanye West, Mr Veil said his famous client had to put up with suspicions of a "set up" or "marketing coup". Kim was particularly upset by a sneak video showing her sitting on a sofa calmly examining her phone within a few hours of the robbery. She looks unflustered and is ignoring judicial police officers looking for evidence inside the first floor flat at an exclusive complex in central Paris. Mr Viel said: "She is just as disturbed by the fact that at the same time that she was attacked, there was someone who took a video." Mr Viel added that the film was being used to make out that the whole thing "was was nothing more than a hoax or fabricated case. These are defamatory claims, and she cannot put up with them if they persist". The website is already suing the website MediaTakeOut over claims the entire heist was a set-up. Mr Veil said that, beyond litigation in the USA, a complaint had been made to Paris prosecutors about MediaTakeOut. Almost two weeks after the heist, police have found no DNA evidence pointing to the identify of the robbers, and have not released any CCTV, suggesting the trail has gone extremely cold.