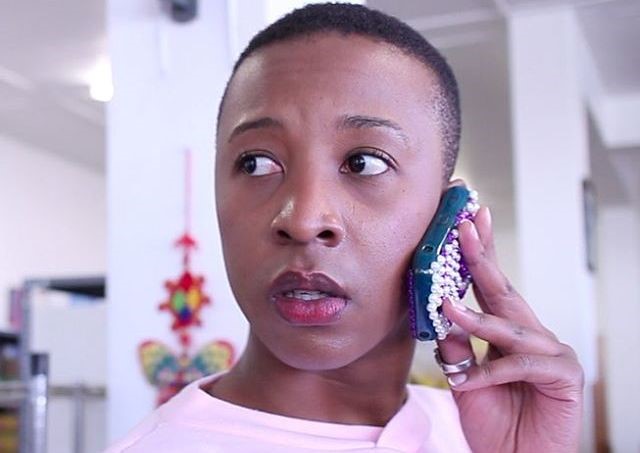 SABC1 soapie Generations: The Legacy’s Wandile Radebe is a woman. The character portrayed as the youngest of the three sons of Zola Radebe, real name Mutodi Neshehe – the guy wrecking Karabo Moroka and Tau Mogale’s marriage – is actually played by voice-over artist and stage and TV actress Chiedza Mhende. But Generations’ creator Mfundi Vundla and his producers are hard at work keeping the Zimbabwe-born Mhende’s gender a closely guarded secret.

It seems they are gearing up to surprise the unsuspecting viewers with a most startling plot since the reinvented soapie hit the screens in December 2014. The actress has even been barred from speaking to the media until she is unmasked in the next few weeks. According to Generations’ publicist Gaaratwe Mokhethi: “Unfortunately, Chi [an alias Mhende is popularly known by] is not doing interviews as yet. We’d like her story to evolve before she can speak to the media.”

When pressed, Mokhethi said: “Many others have enquired and requested to speak to her, but it’s our prerogative to withhold interviews with Chi until such a time we are ready.” But a glimpse into the upcoming episodes suggests Wandile will struggle with his sexuality when guys hit on him because of his feminine looks. Although determined to get in touch with his feminine side, guys push him to start dating girls. In 2006, Mhende moved from Zimbabwe to Cape Town to study at the African Film and Drama and Arts (AFDA) School of Motion Picture Medium and Live Performance.

She was introduced to Cape Town’s theatre world as Lady Capulet in the Artscape production of Romeo and Juliet in 2010. The multi-talented Mhende is also the voice of Al Jazeera’s global health series Lifelines and SABC2 kiddies wildlife series Siyaya. She has played Sandile in the Cape Town film Love the One You Love, which debuted at the Durban International Film Festival in 2014, and was nominated in the best young actor category of the Africa Movie Academy Awards. While doing theatre work in Cape Town, she got credits in Sello Duiker’s The Quiet Violence of Dreams, JM Coetzee’s Waiting for the Barbarians, and was Titania in A Midsummer Night’s Dream.